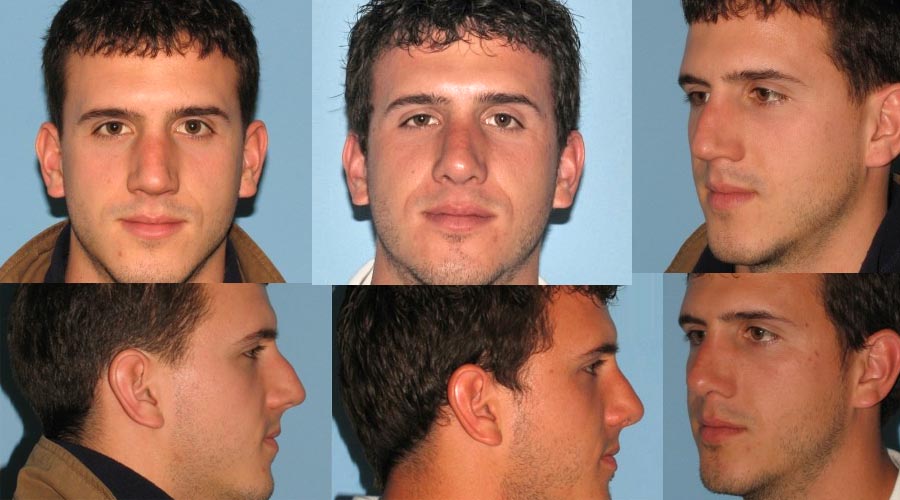 I have wanted to get surgery on my nose for at least ten years but never did due to either cost or the misconception and reputation that surrounds plastic surgery. In April 2015 my story really begins when I began to suffer from horrible ear pain, sinus pressure and ringing ears. I did not know what was wrong with me. I went to my general practitioner, who found I had a sinus infection, which was followed by antibiotics but nothing helped. It only got worse. This led me to an ENT, whom I visited multiple times and had multiple tests done from allergy to hearing to figure out the problem. Finally, my ENT found I had a deviated septum, which had always been there but only had gotten worse as my body changed. The solution was surgery. However, my ENT wanted to try other routes instead and I spent almost one year with prescription strength Flonase.

June 2016 I began my search for surgery after flying on an airplane four times and suffering from the most crippling migraine ever. The nose spray had worked somewhat in 2015 in flights, but was useless by June 2016.

This jumps back to the fact I’ve never liked my nose. I started to search for a surgeon who would both be able to accomplish the medical tasks and cosmetic. I went to over five consultations. Each doctor was about money. Money, money, money. The one actually wanted me to put up $600 to book a surgery date the first consult and he never did any images to show me what I would look like after.

Finding Dr. Vanek… and the solutions for my deviated septum

Finally, without any hope I went on another trip to LA and was browsing through an inflight magazine on United. It had listed all of the best surgeons across the country based on state. Dr. Paul Vanek was ranked the top for the entire Cleveland and surrounding areas. When I got home, I made an appointment and met with them about two weeks later.

The entire staff is over the top genuinely nice. The other places I went tried to be gimmicky. They wore tight leopard print clothes, stiletto heels, and all had the same haircut and bad attitude to match. Dr. Vanek’s office was an amazing experience. It’s like talking with close friends. They want you to be happy, it’s not about the money, it is not about pushing you into any other surgeries, it is about focusing on you and your happiness. He also does not rush you.

Several consults, phone calls and back and forth on what I wanted, I finally pinned down my date for surgery. They were VERY patient with me and never rushed me. They didn’t force any crazy fee on me to book a room and reserve a date without seeing pictures first. They just want you to be comfortable and to be happy.

The rhinoplasty surgery was a breeze!

On Dec 29, 2016 I had a rhinoplasty to fix my nose cosmetically and medically so I can breathe (WHICH I CAN)!  I can breathe out of both sides of my nose now. My ears are no longer congested either and so far, no headaches. The surgery for both took about four and half to five hours. I also had my chin fitted with an implant. On top of Dr. Vanek’s amazing service, the Mentor Surgical Center which is in the same complex as his building is also very professional, courteous and so kind and warm. They made what should have been nerve wracking, comforting.

I did not have any pain when I was done. You can take pain meds, but I didn’t need to. Yes, it was that painless. No, I’m not lying. I did not take a single pain pill during the five days you have to wear the cast.

I did take two pain pills the day they take the splints out of your nose which he told me to. He was right, that part sucked.

I did not bruise at all. I am fair skinned and blue eyed and did not suffer any bruising. My nose was everything I wanted. My chin is still a bit swollen but that takes about a month to finally show you the full results.

I am writing this post on day 8. I breathe! My chin isn’t tight, and I’m back to eating.

Just know recovery is sort of rough if you get medical done. You will bleed more than if it is just cosmetic. You’ll be congested and won’t be able to taste food. But it is ALL WORTH IT.

I definitely recommend Dr. Vanek. I didn’t receive any compensation for this review. This is ALL FROM the heart.